Jerry Lindqvist & The Grace and Paul Oxley had a good time on Min Morgon this morning and we performed two songs live, Lucy, You Don't Sing Anymore and Rivertown. If you missed it, you can still catch the full show online at yle areena. Thank you Min Morgon for having us! I also had the great pleasure of visiting Eva Frantz at Nöjesfredag on Radio Vega. You can listen to the interview this Friday at about 14.00 on Radio Vega.
Min Morgon August 30th 2011 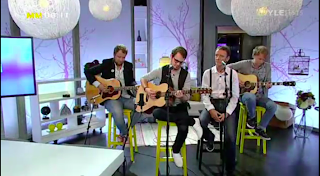 Photo courtesy of Soufi at http://soxxy.ratata.fi/

Min Morgon TV Show, Desibeli.net Review and some Monday Blues for y'all

Tomorrow Tuesday August 30th Jerry Lindqvist and Paul Oxley will be performing live on Min Morgon on FST5. Check it out! Also check out the desibeli.net Lucy, You Don't Sing Anymore single review! You can find it here. (in Finnish) 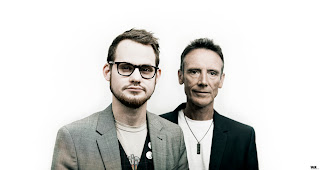 To celebrate this Monday, how about a sneak listen to one of the new tracks from the Rivertown album, Prohibition Blues! Go to MySpace and give it a listen. 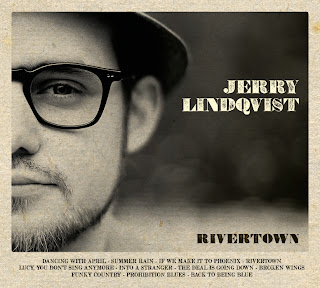 The new album Rivertown will be released on September 3rd on WING Records and digitally on September 5th. It's Jerry Lindqvist's first album since 2007's Jerry and the Outlaws No.2. The Official Release Party will be held at The Doo-Bop Club in Vaasa, Finland on September 10th.

Me and Paul on your Television and Klubi Show announced.

I'm proud to announce that Jerry Lindqvist and Paul Oxley will be performing on the Live TV Show Min Morgon on FST5 here in Finland on August the 30th. Oskar Nyman and Joel Isaksson are also coming along for the ride.

On September 28th Jerry Lindqvist & The Grace will play at Klubi in Turku with Marty the random guy (www.martytherandomguy.com). 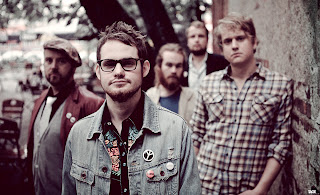 Check out the new promo shots of The Grace on Tage's Blog:

We are having busy days here at The Grace World Headquarters. Yesterday our friend Tage Rönnqvist came to Turku for a photoshoot of our band. Joel's brother Jonathan also came along and documented the photo session on video. We had some problem with rainy weather but I think the photos will come out great. We had luncheon at Blanko before we returned to band rehersals for the upcoming tour. 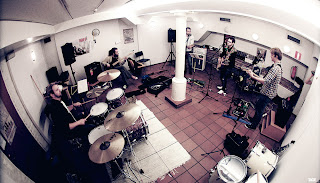 Later that evening me, Joel and Oskar went out to Ruissalo for an acoustic show at a party arranged by the Institute of Human Rights at Åbo Akademi. The event was historical since it was the first The Grace show ever. The band had a blast and we had a great audience. Here's the set list: Dancing With April/Waiting All Day to Cry/Rivertown/Lucy, You Don't Sing Anymore/Prohibition Blues/Into A Stranger/Funky Country/If We Make it to Phoenix.

We're also happy to announce gigs in Helsinki at Club Liberté on September 29th (with our friends Carmen & The Devil and Heartworn) and in Loviisa at Club Alexia on October 1st.

This Saturday August 20th I will be playing a solo-show in Copenhagen, Denmark at The Songwriters Festival. So I hope all my Danish friends will come out to the show!

Peace, love and a recommended dose of Hank Williams, 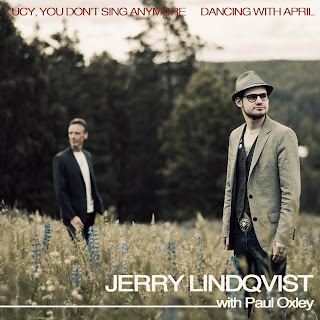 Both tracks are taken from Jerry Lindqvist's debut solo album Rivertown that is set for an early September release on WING Records. More details on the Rivertown album coming soon...

Me and Paul living in your radio

The new single Lucy, You Don't Sing Anymore by Jerry Lindqvist with Paul Oxley is now playing on national radio here in Finlandia. Eva Frantz on Radio Vega said she was impressed by the song and its lyrics and that she can't wait to hear the whole album. Thanks Eva for the very kind words! 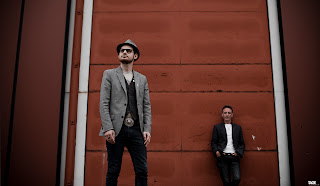 Lucy, You Don't Sing Anymore will be available for digital download on August 11th (iTunes, amazon.com, meteli.net...) and it will also be available on Spotify. The full album Rivertown will be released in early September on WING Records. So look out for that one folks!

You can listen to Lucy, You Don't Sing Anymore already today by visiting my Reverbnation page here:  www.reverbnation.com/jerrylindqvist