Jerry Lindqvist and The Grace Ready for Musik & Talang 2012! 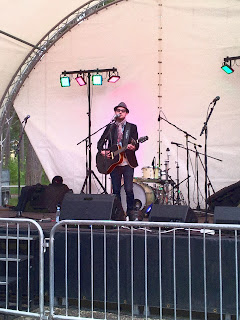 Greetings from The Grace World Headquarters,

We hope that summer finds you well! Jerry had a great couple of shows in Tampere w/ Icons of Elegance and at Nagu Rock last weekend. Thank you all for coming out to the shows! 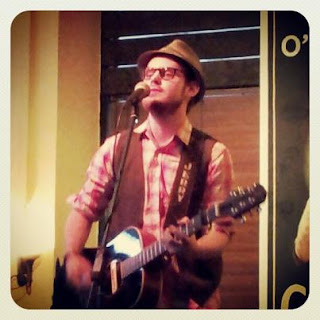 jerry at O'Connell's in Tampere

The next concert will take place on Jakobs Dagar in Pietarsaari on July 19th at Gågatans Canorama scene at 21.00. Jerry Lindqvist and The Grace will play a full out Country/Rock Electric Show :-) ..So don't miss that one folks!

Jerry & The Grace have also been confirmed for this year's Musik & Talang Music Conference in Vaasa at the ever so great Live Music Venue The Doo-Bop Club on September 21st!

Jerry, Oskar and Joel have been busy writing new material for the follow up album to Rivertown. We had our own small Songwriting Camp in Stockholm, Sweden, where we wrote three new songs that we can't wait to share with the world!

Here's a montage from our Stockholm Camp, enjoy!