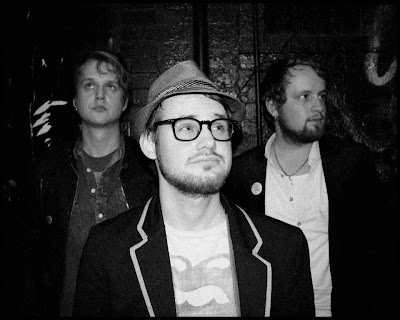 Photo By Evan D Williams
Me, Oskar and Joel had a wonderful time in NYC, playing at CMJ (at Googies at The Living Room), playing at the other legendary venues Pianos, Kenny's Cataways and The Way Station in Brooklyn and meeting up with new and old friends as well as checking out other cool music acts around the city. 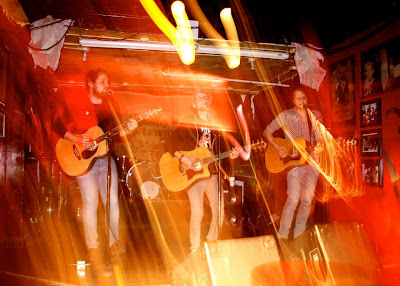 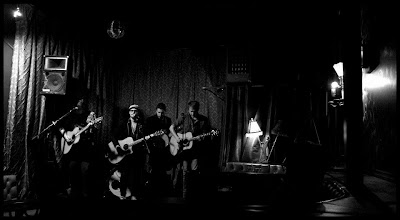 Photo By Diane Nelson
We got to see the great Robert Ellis w/band perform twice at The Living Room. Two of the best live shows I've ever seen, so Thank you Robert! You have a killer band! We also got to see Thomas Wynn & The Believers from Orlando, Florida. They have the coolest songs and sweetest harmonies and Thomas even showed up for our show at Kenny's Castaways, good times!

A big thank you to Robert Singerman for helping us out! Thank you Alex Forbes for lending me your guitar, so sweet! Thank you also for the songwriting session!! Thank you Ashley Fayth, Duncan Townsend and Tiffany Shea for the music and for hanging out with us! Thank you Evan D.Williams for joining us on stage, playing the banjo, taking pictures and opening for us at Kenny's. We are grateful. It was also cool hanging out with our drummer friend Oskar Häggdahl from Molpe, what a guy!

Thank you also to Ariel Hyatt at Cyber Pr for the BBQ CMJ WRAP PARTY in Brooklyn, so much fun! I wish we could have stayed longer! Ariel's got a kick ass Pac-Man Arcade Game in her house, how cool is that! :-) 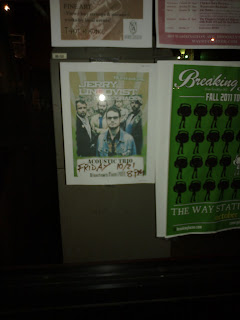 Here's a couple of pictures of me networking in the Big Apple... 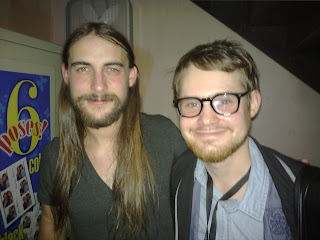 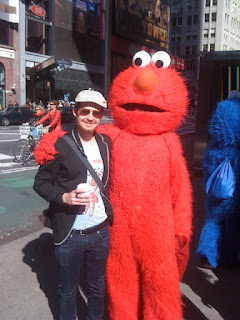 Elmo from Sesame Street!
Here's some links to new Rivertown reviews y'all...


Ps...Don't forget to come out to RÅCKTÅBERFEST at Kåren in Turku this Saturday! Jerry Lindqvist & The Grace will be performing along with many other amazing bands! 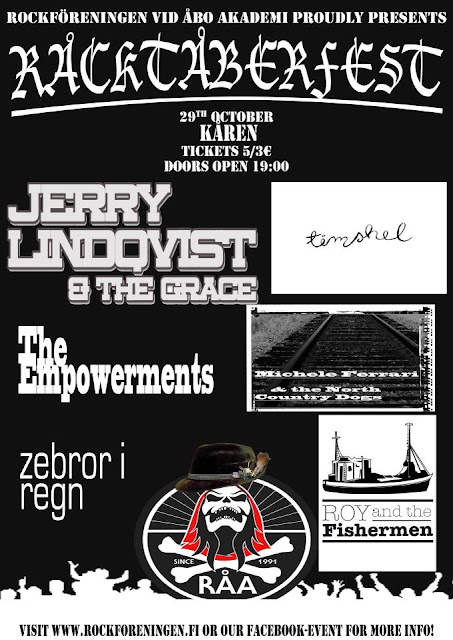 The Camp, Official CMJ Showcase, at Googies @ The Living Room on October 20th in NYC 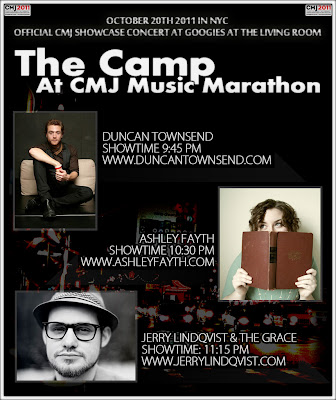 Official Line Up here: www.livingroomny.com/cmj2011
I'm very excited about playing CMJ this year at Googies with my songwriting companions Ashley Fayth and Duncan Townsend. I'm also thrilled that two of my new favorite artists Jason Isbell and Robert Ellis are also playing CMJ Showcases the same night downstairs. How cool is that :-). So if you're in NYC on Thursday October 20th, do come out to the show!
Here's the NY dates for Jerry Lindqvist & The Grace (Acoustic Trio)...
Oct 16, 2011 - Pianos Upstairs Lounge at 7PM
Oct 17, 2011 - Kenny's Castaways at 8PM
Oct 20, 2011 - The Camp, Official CMJ Showcase @ Googies Lounge at the Living Room at 9PM 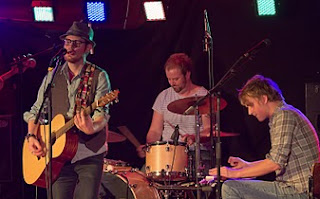 Thank y'all for coming out to the shows in Turku, Helsinki, Porvoo and Loviisa! We had a wonderful time both on and off stage.


Photo above by Marko Haapatalo 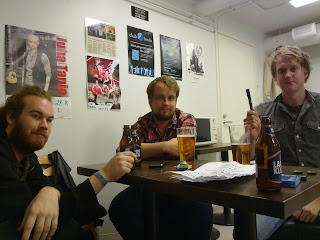 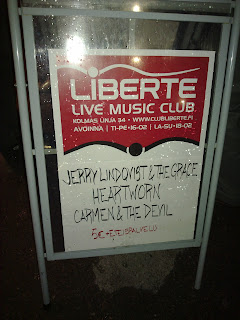 The Rivertown Tour continues to New York where Jerry Lindqvist & The Grace will perform as an Acoustic Trio. We're happy to confirm another NYC gig on October 17th at Kenny's Castaways located on the legendary Bleecker Street in Greenwich Village.